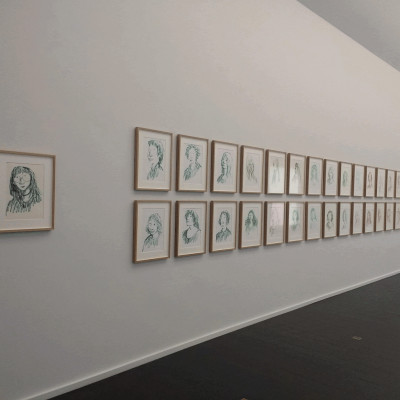 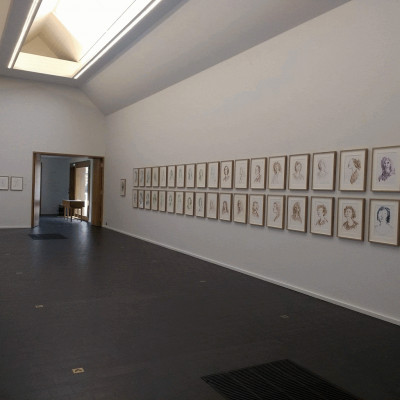 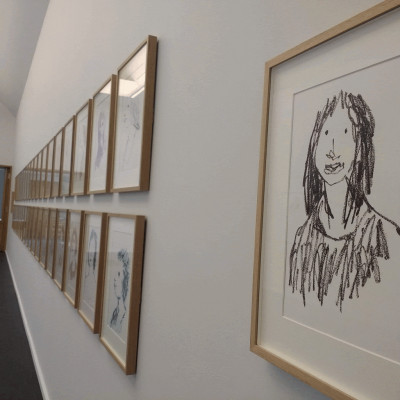 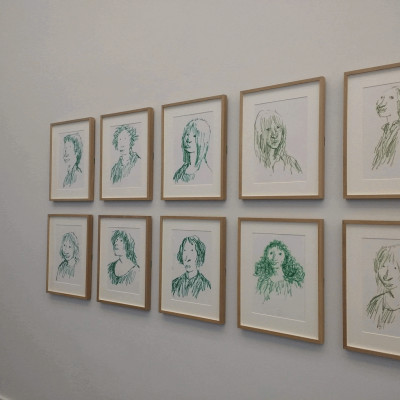 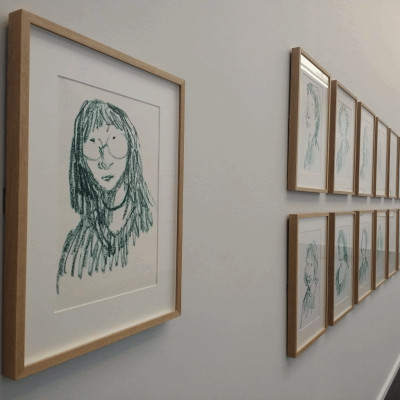 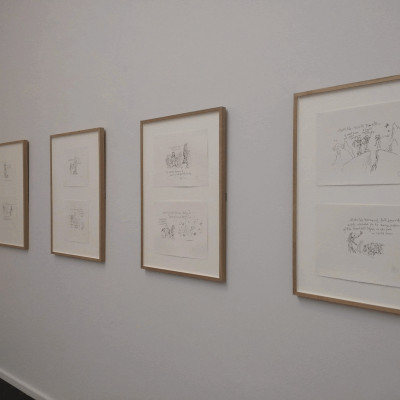 Quentin Blake returns to the Heong Gallery for a new show to celebrate the 40th anniversary of the admission of women to his former College at Cambridge University.

When Quentin Blake came up to Downing College to read English in 1953, it had been only five years since women had been awarded degrees at the University of Cambridge. All Cambridge Colleges were single-sex, with only two Colleges for women.  In 1980, the first batch of female undergraduates took their places at Downing College, and, by 1988, all the historically all-male colleges began to accept women as full members. In his exclusive series of drawings, 40 Women for Downing, Quentin Blake presents imaginary portraits of  female students, one to mark each year of 40 years of women at Downing College.

The exhibition also includes a new series of drawings called Wayward Locks,  exploring extreme hairstyles which appear to have a mind of their own; and Matilda at Thirty, a series of drawings from 2018 imagining the iconic Roald Dahl heroine, aged 30 years since her inception as a five-year-old genius, in eight different professions inspired by her particular talents.

The exhibition invites viewers to celebrate the strides women have taken in their quest for equality and the pursuit of knowledge and fulfillment.