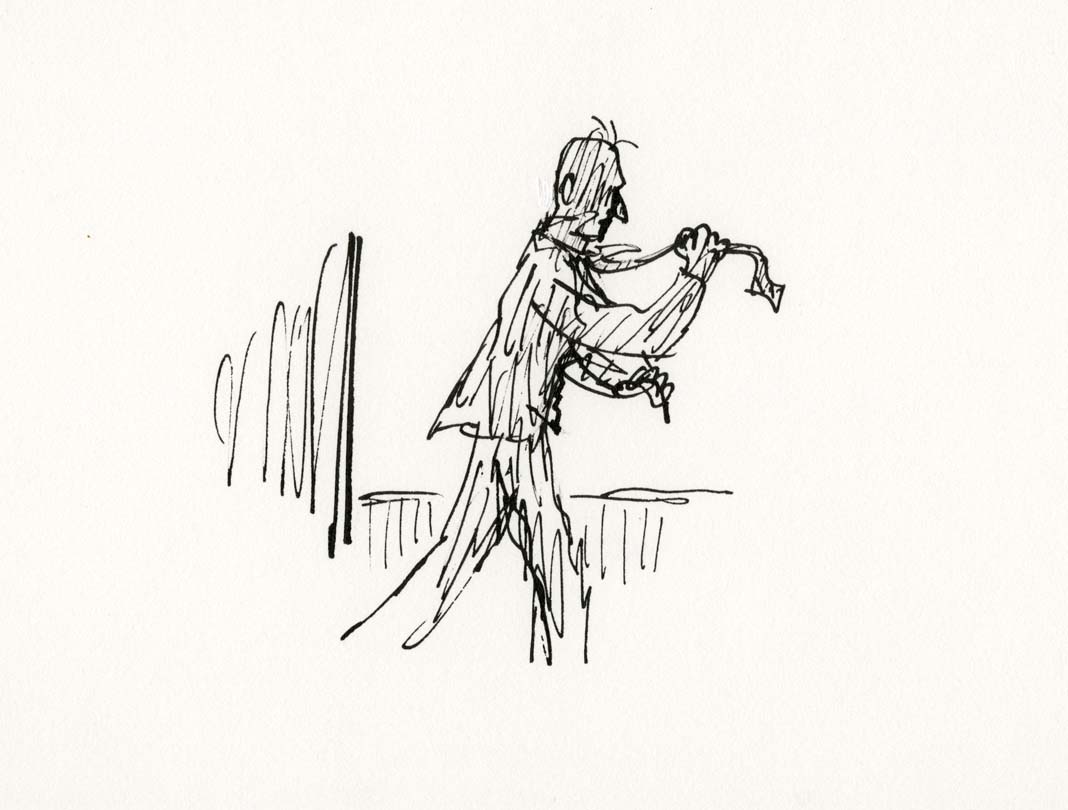 Quentin's personal tribute to Tom Maschler, publisher and founder of the Booker Prize, who died on 15 Ocotber 2020, aged 87

"Tom Maschler was one of the most enterprising and inspirational publishers of his era.  What I would like to add to the tributes that appeared when he died is perhaps only a footnote, but I think it has its own importance.  It is to say that he brought the same style and intuition to the publishing of Children’s books.  He recognised, for instance, the rich, atmospheric, painterly-ness and humanity and published all the works of John Burningham from Borka on, as well as the detailed idiosyncracy of John Vernon Lord.  And it was characteristic of him to put the name of Nicola Bayley up in lights for the appearance of her very first book.

I have my own reasons to be grateful to him.  I shan’t forget that it was fifty years ago when Patrick, my first picturebook, appeared with Jonathan Cape.  I was no doubt experiencing an element of tension about what would be for me quite an important step and I can remember Tom encouraging me to make my drawings relaxed.  (This was something I came to manage much more easily later).

Other books and other ventures followed.  And I remember returning home from the publishers in a taxi bearing the manuscript of a story called ‘The Enormous Crocodile’ by someone I had only heard of as a writer for adults.  I could see the visual possibilities of it; what I could not envisage was all the developments it was to lead to.  What followed was The Twits, The BFG, and forty years of enormous Roald Dahl diversity.

I am pleased to say that there were also picturebooks of my own and they were various too: The Green Ship, for instance, is about youth and age and the passing of time; The Story of the Dancing Frog about the therapeutic qualities of story, and both of them in their own way, about bereavement.  So not in simple terms what one would probably prescribe for someone setting out in the creation of picturebooks.

Tom Maschler’s instincts, so effective in adult book publishing, worked brilliantly for children’s books.  In addition to that he had what one can’t necessarily take for granted in this area; a keen sense of when a narrative was becoming slightly boring and a keen sense of what he was actually looking at.  (Not every editor can say, ‘That green is better than that green.’)

He also acknowledged that Children’s book publishing was indeed important to him.  When I recently had occasion to take down my copy of Clown, published twenty five years ago, I saw again that the title page bore not only the words Jonathan Cape, but also ‘A Tom Maschler book.’

(Pictured above is Quentin's illustration of Tom Maschler - removing his tie as he leaves the Frankfurt Book Fair - from Tom's memoir Publisher, published in 2005)