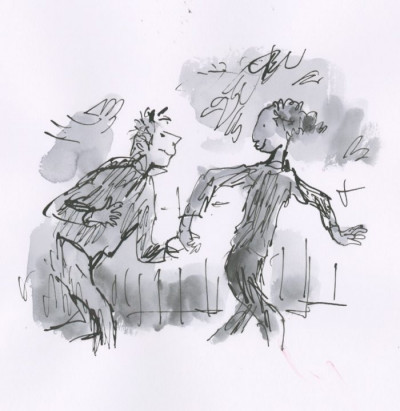 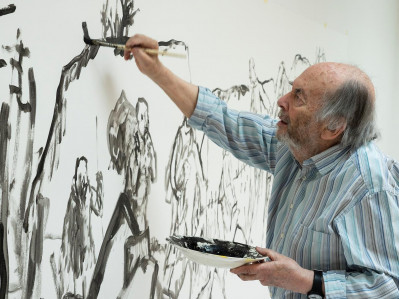 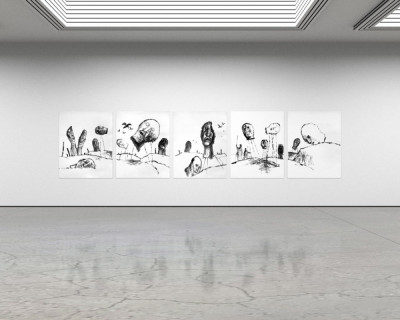 We Live in Worrying Times

Quentin Blake’s We Live in Worrying Times returns for Hastings Contemporary’s reopening on Thursday 27 May. This timely body of work is as raw, original and unlikely as anything Sir Quentin has produced in eight decades of creativity. A brand new collection of work, Hand in Hand, will also be on display from 27 May 2021.

At the beginning of 2020 Quentin Blake created a new body of work themed around concern for the state of the world. The resulting exhibition, We Live in Worrying Times, was originally planned for spring 2020 but had to be postponed when the COVID-19 pandemic hit. Many of the exhibition’s themes have a marked resonance with the present global situation.

With We Live in Worrying Times, Quentin explores subject matter and techniques that feel both familiar and radically different, both dream-like and introspective. Displaced figures trudge landscapes blasted by war or ecological crisis as sinister-looking drones haunt the skies above. The anxious and bewildered faces of ‘Apprehensive Girls and Women’ and ‘Unfortunates’ appear alongside grotesques Quentin has called ‘Eroded Heads’.

At the centre of the exhibition is The Taxi Driver, a thirty-by-five foot mural, made in a single day at Hastings Contemporary, that pays homage to Picasso’s Guernica. Sir Quentin was inspired to create the work after an encounter with a London taxi driver who – lamenting that ‘we live in worrying times’ – encouraged Sir Quentin to take up the mantle of artist-hero and produce ‘a new Guernica‘, an outcry against the encroaching global disasters of the near future. To the artist, the encounter felt like a dream; he asked for the man’s name so that he could let him know what happened, but the driver replied that it wasn’t necessary, as he “kept an eye on everything anyway”.
Quentin has also produced some brand new work for 2021, which he describes as 'more cheerful and optimistic additions', in the series of 13 drawings titled 'Hand in Hand'.