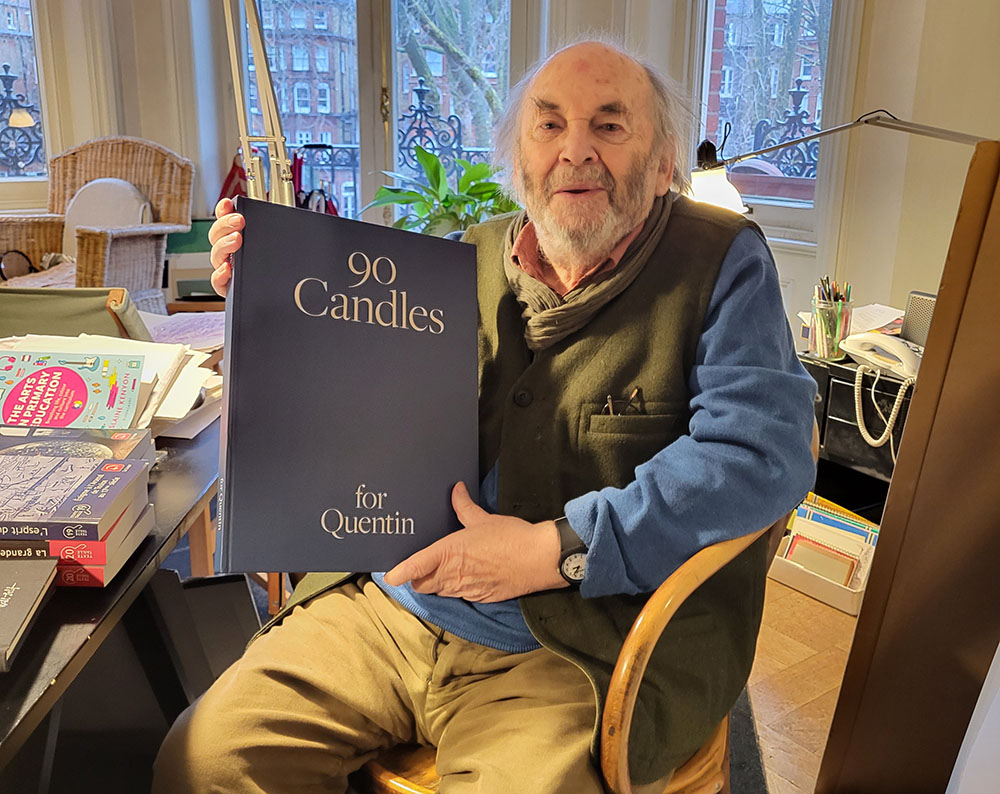 Quentin's 90th birthday is celebrated today with 90 drawings - each featuring a candle - created by 90 fellow illustrators.  The Quentin Blake Centre for Illustration invited the diverse mix of illustrators to each create the images in time for his birthday.  Quentin was presented with a specially-made book containing all 90 images as a birthday surprise.

Axel Scheffler, illustrator of The Gruffalo, Charlie And Lola picture book series creator Lauren Child and political cartoonist Chris Riddell, who is the co-creator of The Edge Chronicles, have contributed to the project.  Axel and Lauren both appeared on BBC Radio 4's 'Front Row' on 15 December to highlight the project and talk about Quentin's work.

Quentin said: 'We have a wonderful diversity of illustrators working in the UK today giving us enormous pleasure in a language we can all understand.  I am pleased and proud to be among them and to be involved in a national centre that celebrates what they do.'

He has recently donated 140 new works, many created in his 90th year, for an auction at Bonhams to raise funds for the Centre of illustration.  The auction has been running since 2 December, and closes from noon on the 16th.

Quentin Blake Centre for Illustration director Lindsey Glen said: 'We're thrilled that so many illustrators have come together to celebrate his 90th birthday while raising vital funds to complete the project, alongside the new works that Quentin has donated for auction.

'The original meaning of 'illustration' was 'to shine a light'. These 90 candles shine a light on the vibrancy and immediacy of illustration today – the art we find in picture books, comics and graphic novels, reportage and editorial, food and fashion, and so many other areas of our lives.'
The candles will be exhibited online at qbcentre.org.uk. Limited-edition prints of them are being sold via 90candles.org.uk to raise funds for the Centre, which is set to open in 2024 at New River Head in Clerkenwell, London. 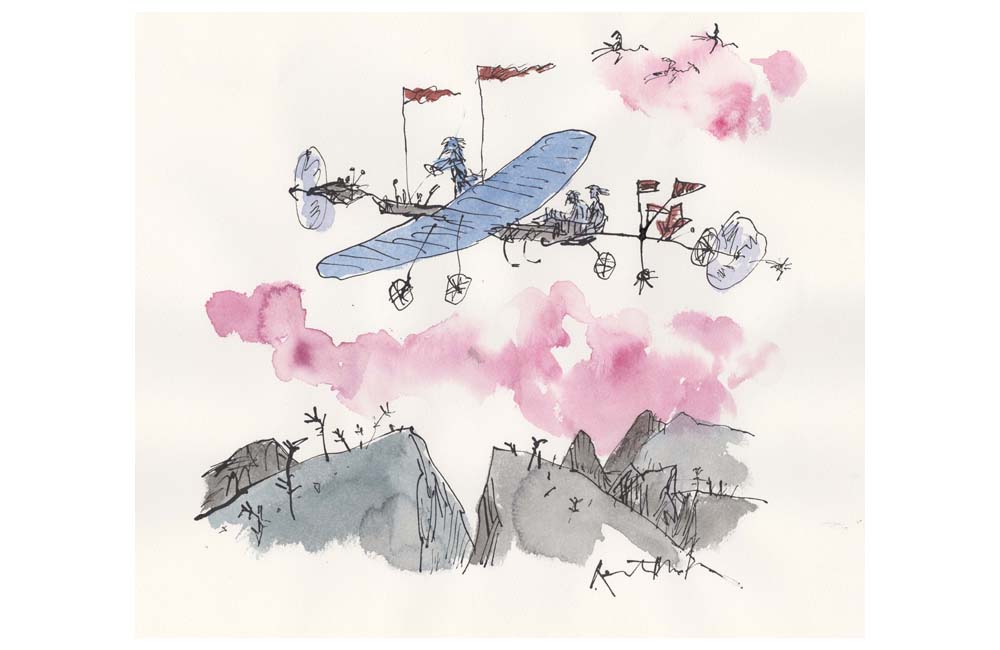