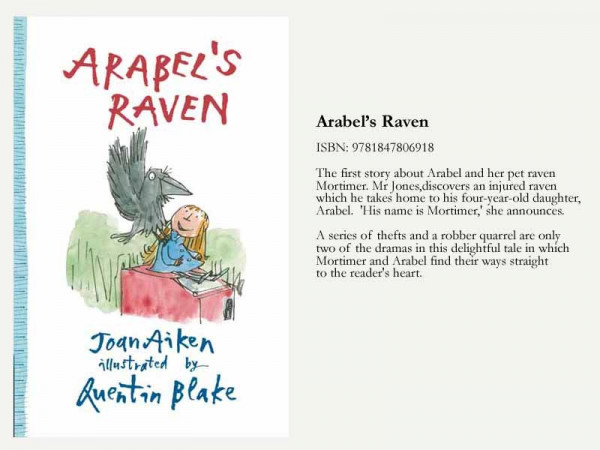 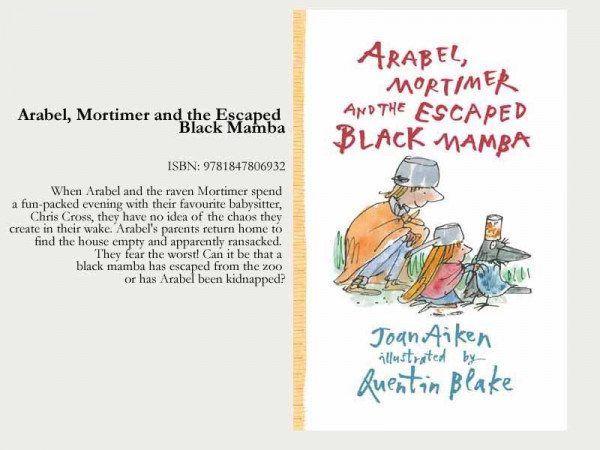 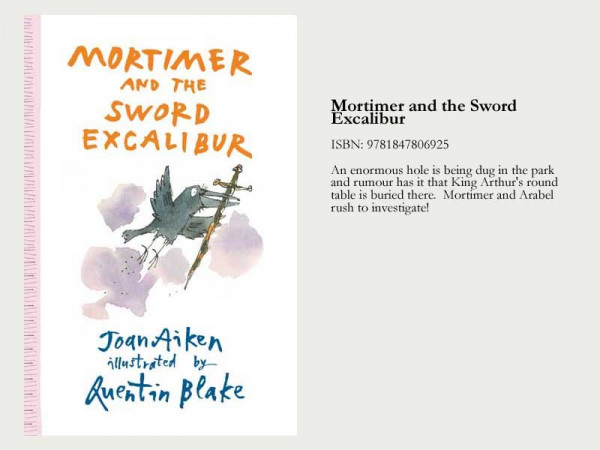 New editions of much-loved tales by Joan Aiken
Frances Lincoln Children’s Books are proud to be reissuing the first in Joan Aiken’s beloved series of hilarious adventures featuring Arabel and her pet raven Mortimer, all illustrated in distinctive style by Quentin Blake.

Joan Aiken, the daughter of the American poet and novelist Conrad Aiken, was an immensely popular and prolific author who wrote over a hundred novels for adults and children, many of which were illustrated by Quentin Blake - beginning with the earliest 'Arabel and Mortimer' stories in 1974.  The stories about Arabel and her pet raven Mortimer, were originally written for the BBC’s Jackanory series. Joan Aiken also wrote wonderful, quirky novels, full of humour and the unexpected. The Wolves of Willoughby Chase won the 1964 Lewis Carroll Shelf Award and was made into a film. Joan Aiken was awarded an MBE for her services to children’s literature in 1999.  She died in 2004.
The four books will all be available by early August 2015.

Praise for the Arabel & Mortimer series:
- 'Weird, dark, clever and as funny today as it was when it was first featured on Jackanory' Selected in the top 10 laugh-out-loud reads for 5-8 year olds in The Guardian Kids
- The Huffington Post’s Best Summer Books to Read With Your Daughters‘: ‘Smart, soft-spoken Arabel and her love for the incorrigible Mortimer will warm your heart. Worth reading for Quentin Blake's hilarious illustrations alone.’