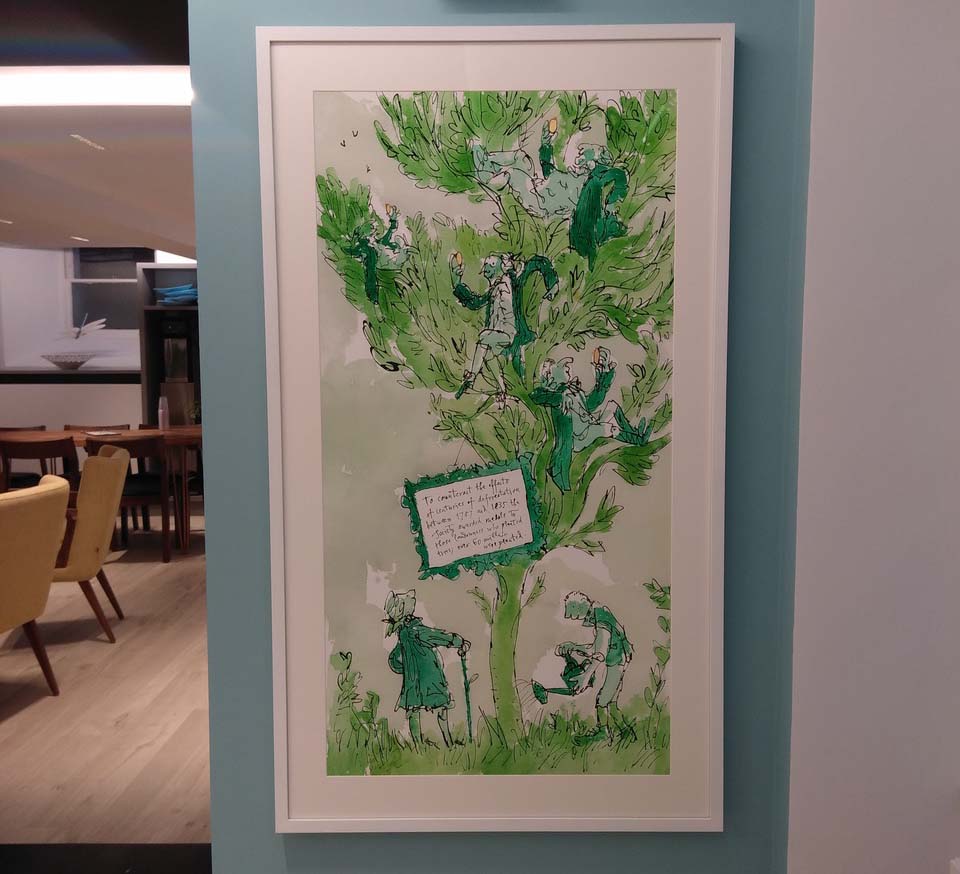 Rawthmells, the RSA's new enlightenment coffeehouse, is now open at the Society's London home.  Named after the original 17th century coffeehouse where the RSA was founded, the space itself, as well as the events and displays within it, have been designed to foster the creative thinking and collaborative action needed to address the challenges of the 21st century.

Quentin Blake, one of the RSA's Royal Designers for Industry, was asked to create a new work to complement the space and vision of the new cafe.  His response was a drawing commemorating the RSA's scheme to encourage landowners to plant trees, in order to restore Britain's vanishing woodlands.  Between 1757 and 1835, 60 million trees were planted: and medals were awarded to those landowners who planted the most - so some of these proud medal-winners can be seen reclining in the branches.

An enlarged, framed print of the work is on permanent display in the coffeehouse.

Matthew Taylor, Chief Executive of the RSA, said: 'Our vision is for the coffeehouse to be a place where individuals become part of a greater movement for social change. We want it to be a natural home for anyone who wants to change the world, enabling people to connect, share knowledge, collaborate, and build new communities to tackle the social challenges of our time.  This is an exciting development in the story of the RSA and I very much hope that the Fellows of the future will look back at the creation of the 21st century enlightenment coffeehouse as a pivotal moment in the RSA’s history.'