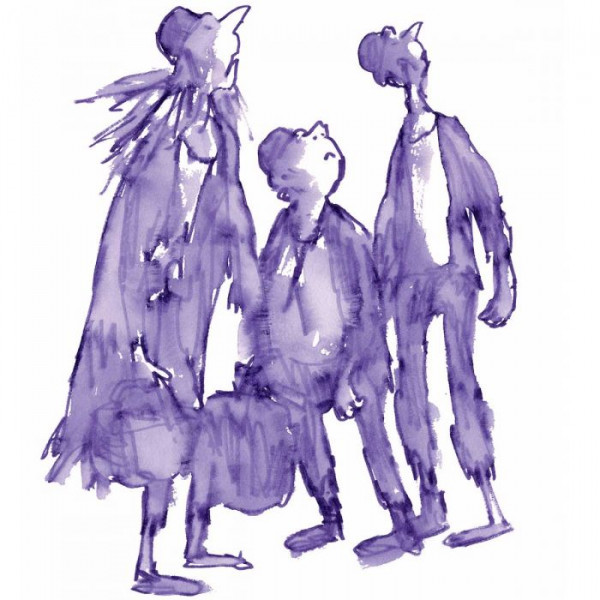 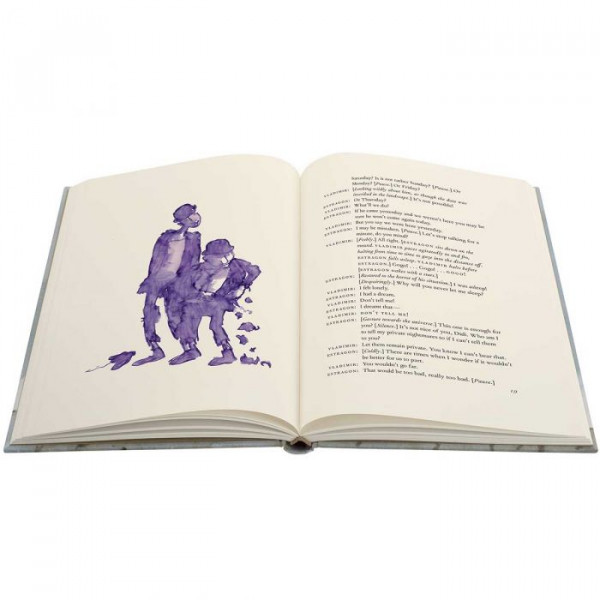 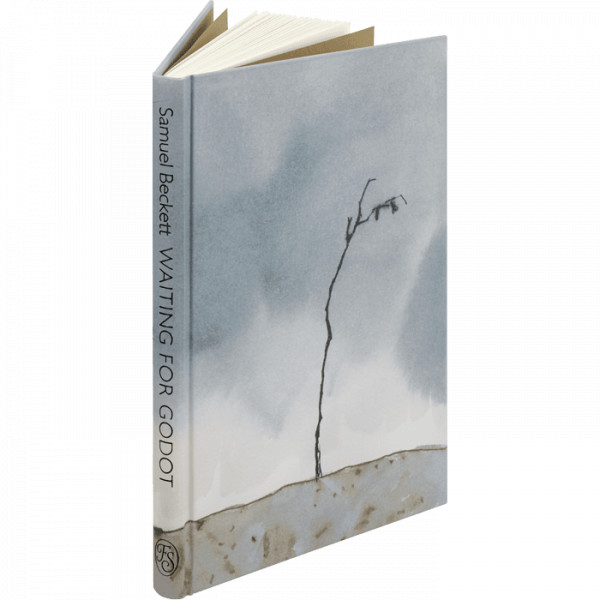 Folio Society edition of 'Waiting for Godot' out now

In an edition that showcases the work of two brilliantly dark humourists, Britain’s greatest living illustrator is matched with one of the great plays of the 20th century. Newly commissioned for this extraordinary Folio edition, Quentin's illustrations depict the interaction between Estragon, Vladimir and the sparse cast of other characters as they wait for the elusive Godot. Using only shades of purple, his poignant illustrations in watercolour marker echo Beckett’s genius for stripping the setting and protagonists bare of all context, while also demonstrating humour and perhaps a glimpse of a latent humanity. Quentin has also designed the binding – a symbolic lone tree – while his lettering on the blocked slipcase is at once chaotic and elemental. This remarkable fusion of the work of two formidable creative talents has resulted in a unique collector’s edition that will be enjoyed for generations to come.

Originally written and performed in French in 1953, Samuel Beckett translated his play En Attendant Godot into English and it premiered at the Arts Theatre, London in 1955. Famously reviewed as a play in which ‘nothing happens, twice’, Waiting for Godot is one of the great experiments of modern theatre. Beckett’s finest play, it is also one of the great theatrical works of the 20th century. Confusing, often violent and cruel, at times tender, it is a gripping exploration of the desolation and disorder of post-war Europe.

Quentin Blake has provided 24 drawings for this new edition and, in the process, has created one of his very finest sets of illustrations. From the opening illustration which shows Estragon struggling to take his boots off, Quentin captures the essence of the play’s dark humour through artwork that is a subtle, comic and appropriately dark parallel to the narrative.

Copies are priced at £49.95 each and can be purchased from The Folio Society's website