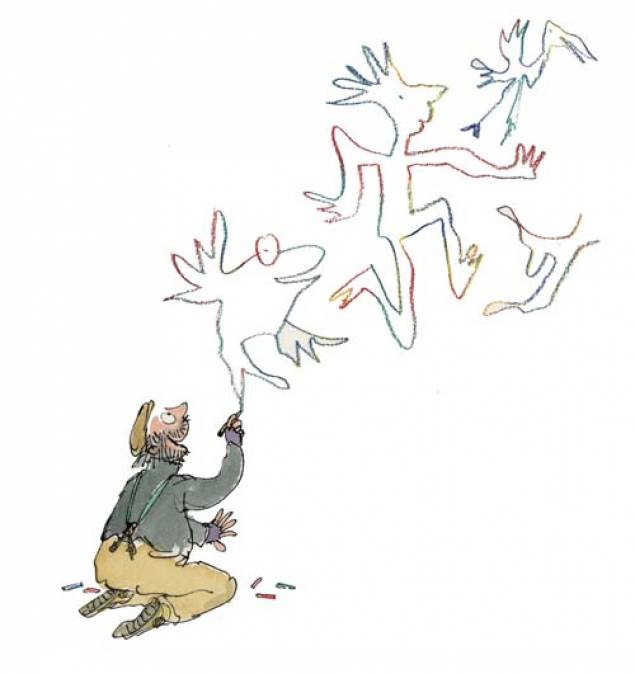 House of Illustration’s permanent Quentin Blake Gallery will open on 29 April 2016 with an exploration of Quentin's appraoch to magic and surrealism.

The exhibition, curated by Quentin himself, will explore the varied depictions of magic both in his own books and in those of other writers such as Russell Hoban, John Yeoman and Roald Dahl. It will show original illustrations from seven very different books - including Angel Pavement and Rosie's Magic Horse - and is intended to appeal to lovers of illustration of all ages.

The Quentin Blake Gallery is a new addition to the House of Illustration, and will offer a continuous series of exhibitions of different aspects of Quentin Blake's work, drawing on the unparallelled diversity of his personal archive of thousands of his original illustrations, roughs and preparatory drawings, together with exhibitions curated by Quentin Blake of the work of influential illustrators.

Visit the House of Illustration's website to find out about opening times and prices, and for details of their current exhibitions 'E H Shepard: An Illustrator's War' and 'Lauren Child's Dolls House' both of which run until the end of January 2016.