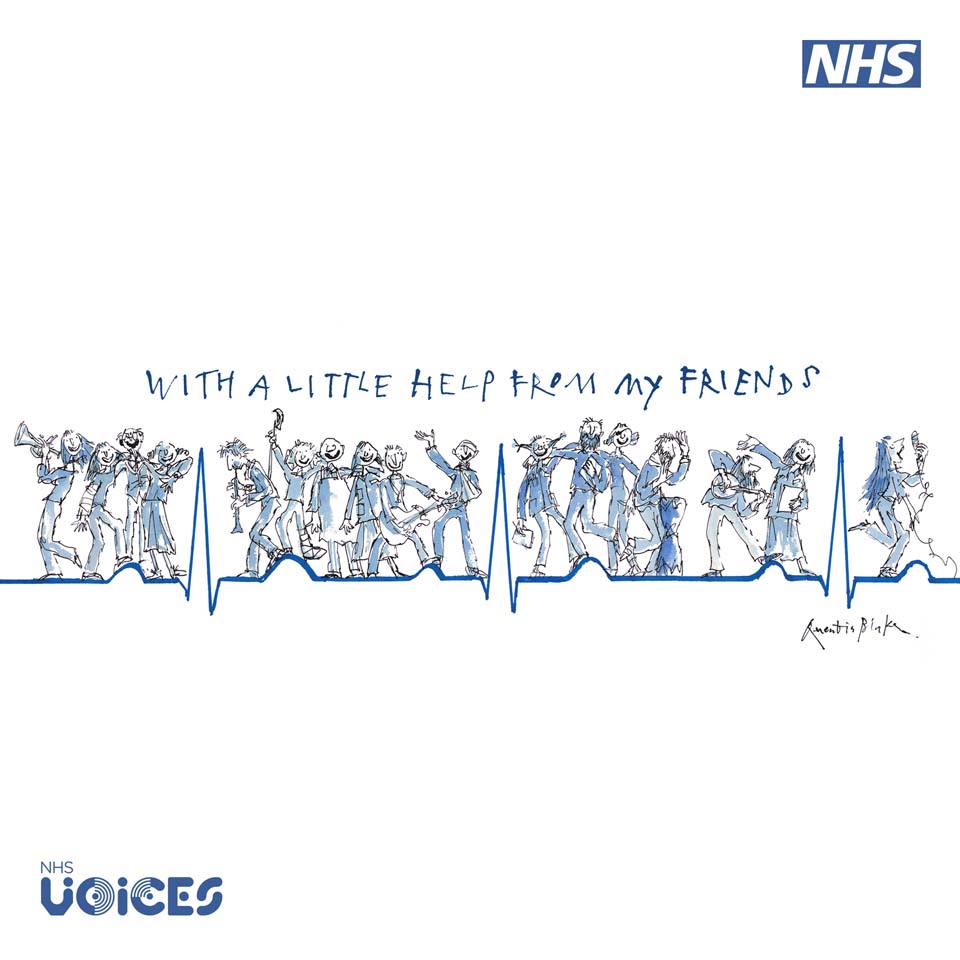 NHS Voices brings together superstar singers and healthcare heroes to create a special single that marks the 70th birthday of the NHS on 5 July 2018.  Created by a team of NHS employees, this anniversary anthem gives everyone a chance to celebrate the dedication of healthcare staff.

The cover of classic Beatles' track,With A Little Help From My Friends, features both chart sensations and NHS singers from across the UK, including the Lewisham and Greenwich NHS Choir who got to Christmas number one in 2015.  It was produced by Brit Award-winning producer Jon Cohen in conjunction with the legendary Timbaland.

There are also have a wide-range of high profile supporters, including Sir Paul McCartney, who leant his support after receiving a heartfelt letter from the NHS staff behind the campaign, and Quentin Blake, who created the cover artwork for the single.  Quentin commented: “I am pleased to be asked to do some drawing for those who work in the NHS; partly because they are so valuable, and millions of us need them, and partly because like a lot of people, I admire the NHS as the symbol of a national sense of community which we need to preserve, not least from the self serving opportunists who would be happy to see it dismantled”.

With A Little Help From My Friends is out now and all proceeds will go to NHS Charities Together.  Visit the NHS Voices website to buy and download.