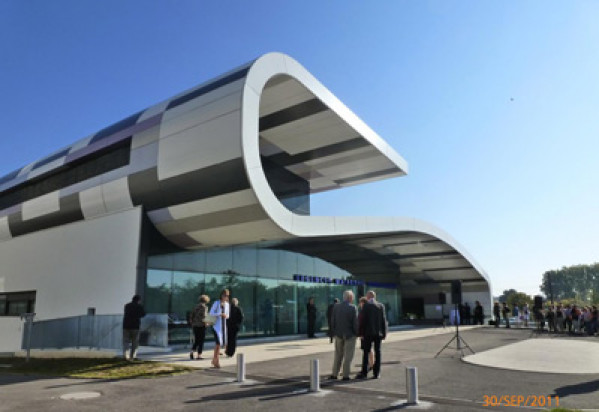 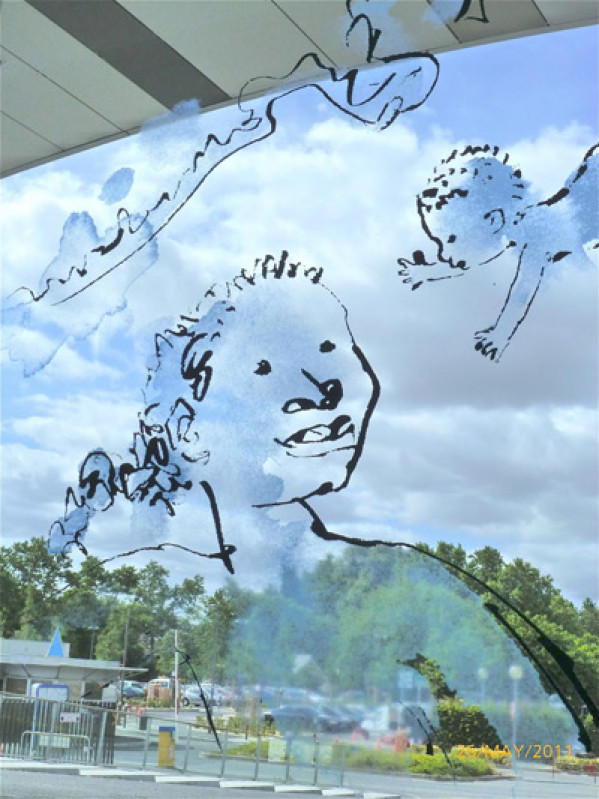 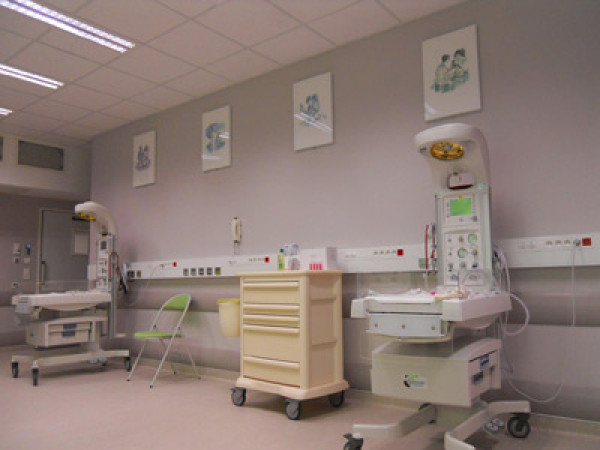 Opening of the new maternity ward in Angers, France

The new maternity unit at the university hospital in Angers officially opened on 30 September 2011, two years after Quentin was first commissioned to produce work to be incorporated throughout the building. The early start to the project was so that he could work alongside the architects and staff to ensure the works integrated fully with the new building - from the mothers and babies on the glass facade, to giclÈe prints in the fathers' waiting area and midwives' station, and coloured seaweed motifs on the headboards for the beds in the delivery rooms. In total, Quentin produced nearly 50 drawings.

Quentin has been asked where the idea for the underwater swimmers came from; as always, the answer to 'where do you get your ideas' is a very difficult one. In 2008 he produced a series of fully-clothed swimmers for a London hospital (a series of 16 drawings titled 'Life under Water'); in contrast, the mothers and babies in this series for Angers are all nudes, in a classical style - they are intended to be public works, but seen in a very private space. The unifying theme in all of them is the interaction between the figures - the joy of the mother and baby (and father too, in some drawings) as they meet each other for the first time, swimming freely after the pains of labour are finished.

As it turned out, the underwater theme was quite appropriate for Angers, as the town has been flooded on several occasions!