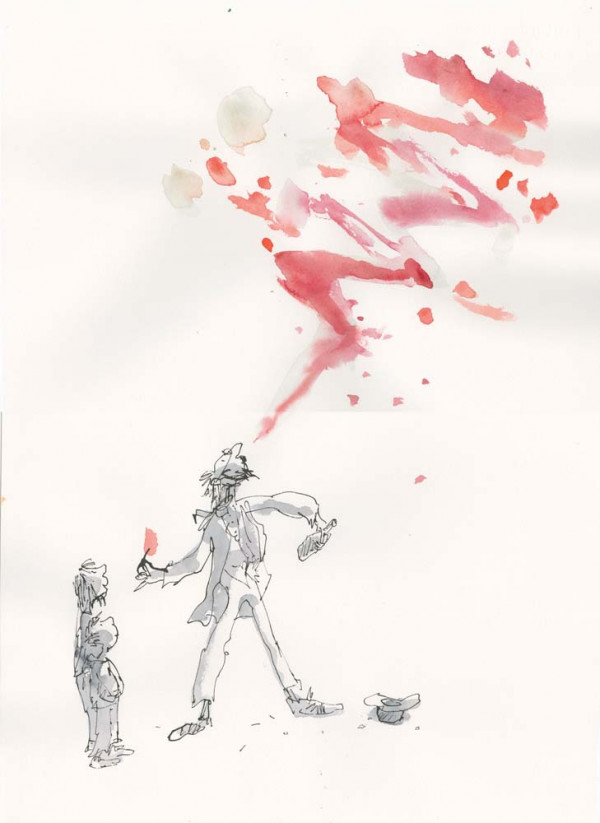 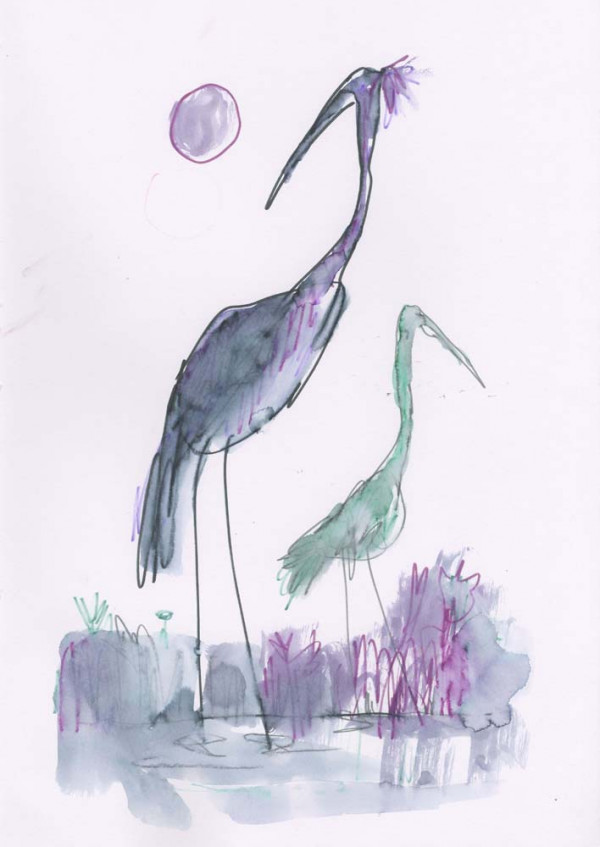 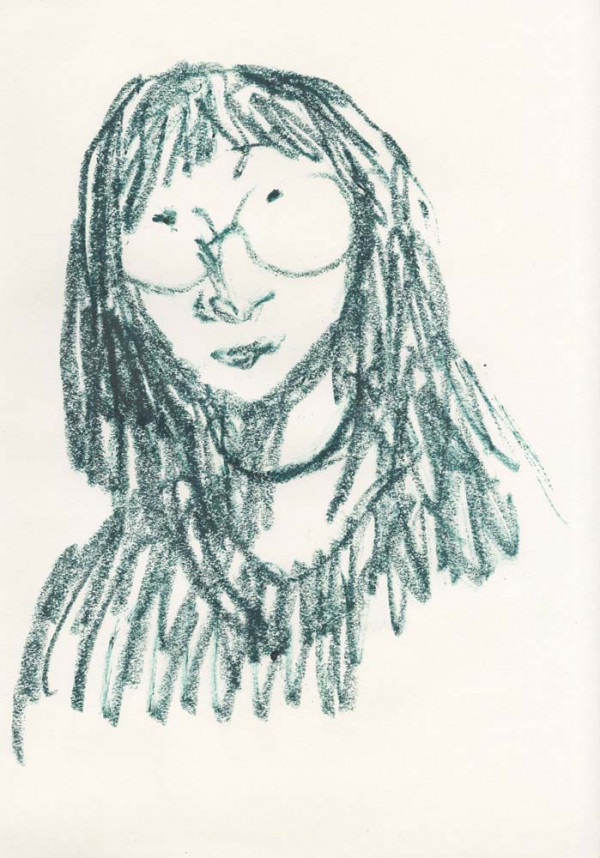 Christie’s Classic Week in London presents Quentin Blake: New Drawings 2021, open for bidding from 12PM (GMT) on 30 November until 12PM on 14 December. The online auction offers the latest collections of illustrations by Sir Quentin Blake, sold to benefit House of Illustration, Greenpeace and Downing College, Cambridge. Estimates range from £200 to £2,500 and a selection of drawings will be on view and open to the public at Christie’s King Street offices from 11 to 14 December.

Quentin commented: “My last auction at Christie’s was made up of alternative versions of drawings that had been commissioned from me. There are one or two such items in the present collection, but in most respects it could hardly be more different. The great majority of these came into being of their own urgency, although if you are familiar with my work you will recognise certain familiar themes, and will not be surprised to come across an elderly gentleman and a wading bird taking a stroll through a pond together.”
The auction includes works sold to benefit three charities of which Quentin is a keen supporter: firstly, House of Illustration, with proceeds contributing to the redevelopment of New River Head in London into the Quentin Blake Centre for Illustration, the world’s largest public arts space dedicated to illustration, planned to open in 2022.
Further works will benefit Greenpeace as it campaigns to protect the natural world from destructive fishing, deforestation and the climate crisis.

Downing College, Cambridge, which Quentin attended in the 1950s, marked the 40th anniversary of the admission of women to the College in 2020, acknowledging and celebrating Downing’s women past, present and future. In his exclusive series of drawings, 40 Women for Downing, Quentin Blake presents an imaginary portrait of a female student to mark each year of 40 years of women at Downing. The funds raised from the auction will be used to support exhibitions at the Heong Gallery at Downing College, which is open to students and members of the public and is funded entirely by donations.

View all 260 Lots in the auction on Christie's website