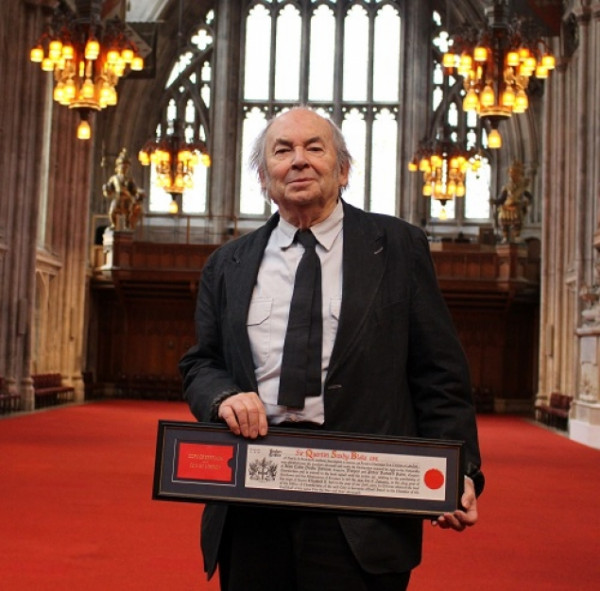 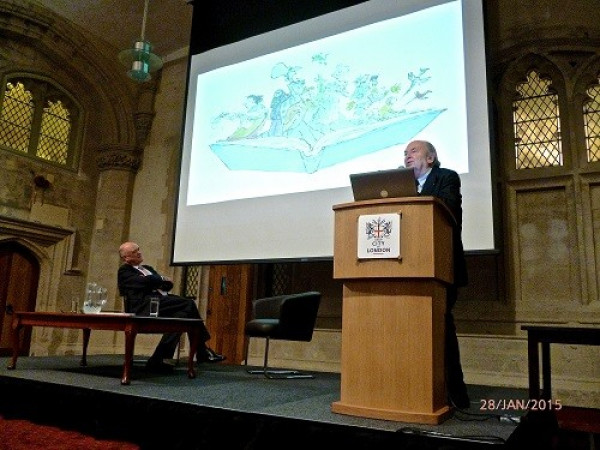 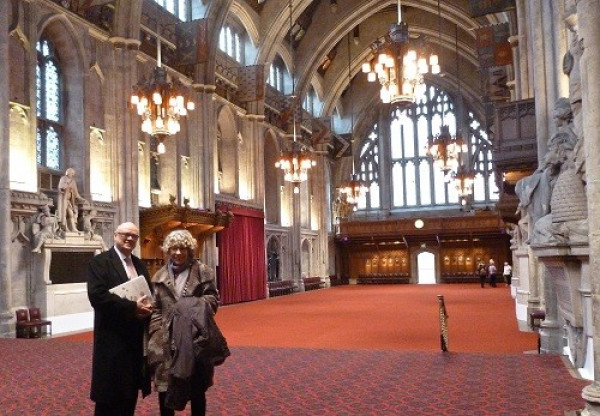 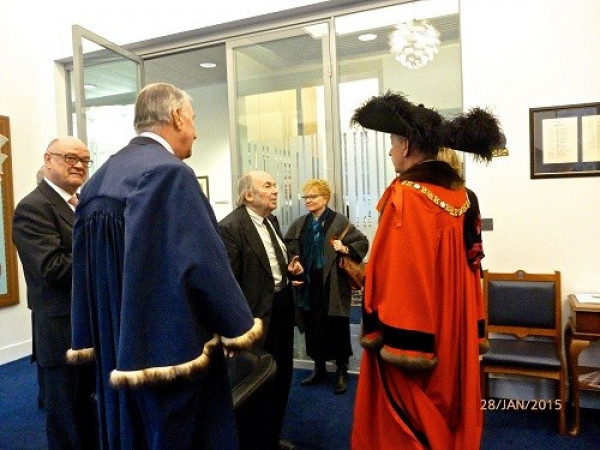 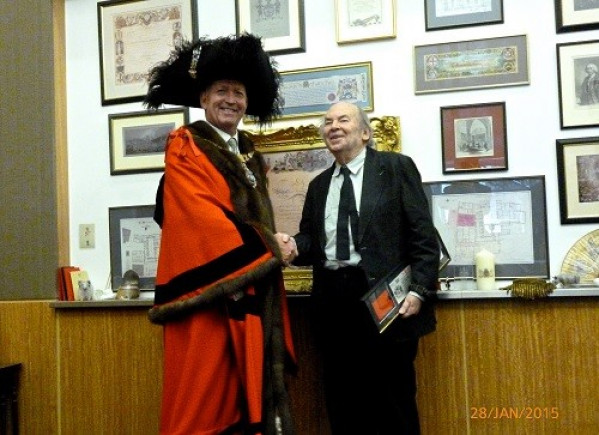 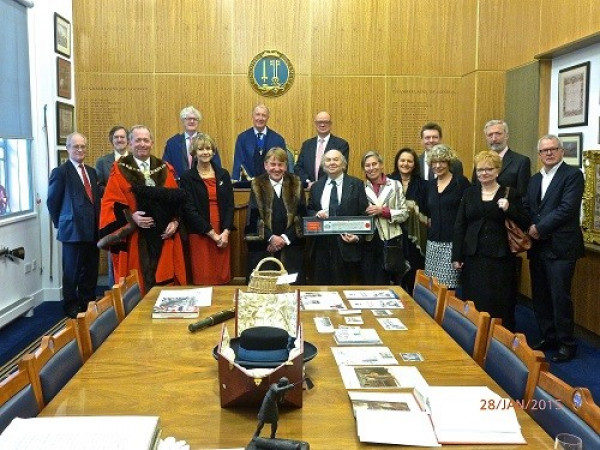 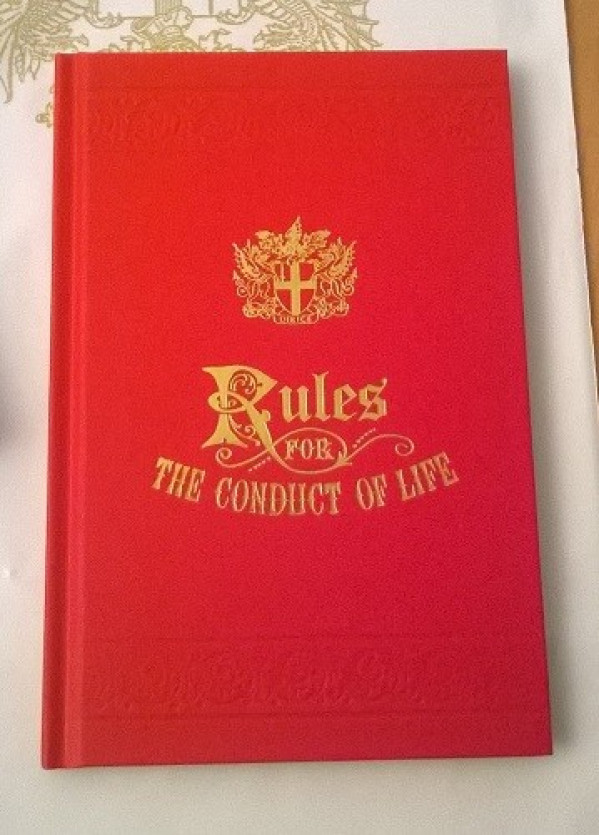 Quentin honoured by the City of London

Admitted as a 'Freeman of the City' on 28 January 2015
Quentin was delighted to be the most recent recipient of the ancient honour bestowed by the City of London: becoming a 'Freeman of the City' for 'services to illustration'.  He received a commemorative scroll, and a red-bound copy of 'Rules for the Conduct of Life', traditionally presented to all Freemen, dating back to the time when such advice was given to young apprentices.

The City of London's official website describes more about the ancient rights of London's medieval Freemen, all of which have fallen into disuse, including that of being allowed to drive sheep across London Bridge to the markets on the other side of the river without having to pay a toll.

Though Quentin has no plans to herd any sheep, he has been invited by the City of London Corporation to raise Tower Bridge at a ceremony to be arranged over the next few weeks.

Before his presentation and a celebratory lunch with the Lord Mayor, Chamberlain and other officers from the Corporation, Quentin gave a short talk to an invited audience which included two classes of secondary school children from City Academy.  The talk focused on Quentin's works which have a 'London' theme: such as his 'City and Country' cartoons for 'Punch' magazine in the 1960s, and recent works for hospitals in the capital, together with a mention of The House of Illustration, which opened its doors in King's Cross last summer.

Students contributed to a short film made about the talk.